The James Webb Space Telescope (JWST) is the successor to the Hubble Space Telescope and is set to revolutionize our understanding of the universe. Launching in 2021, it will be the most powerful space telescope ever built, with a primary mirror that is over 100 times more powerful than that of the Hubble.

One of the key features of the JWST is its ability to observe in the infrared spectrum. This means that it will be able to peer through dust clouds that block our view of distant objects in visible light, allowing us to see the formation of stars and planets in a way that was never before possible. Additionally, the JWST will be able to study the early universe, including the first galaxies that formed after the Big Bang.

Another important aspect of the JWST is its large primary mirror, which is made up of 18 hexagonal segments. These segments are made of beryllium, a material that is both lightweight and able to withstand the cold temperatures of space. The mirror is also coated in gold, which helps to reflect infrared light.

The JWST will be positioned in a special orbit called the second Lagrange point, or L2, which is located about 1.5 million kilometers (about 930,000 miles) from Earth. This orbit allows the telescope to be far away from the Earth, Moon, and Sun, which minimizes the amount of interference from their light. 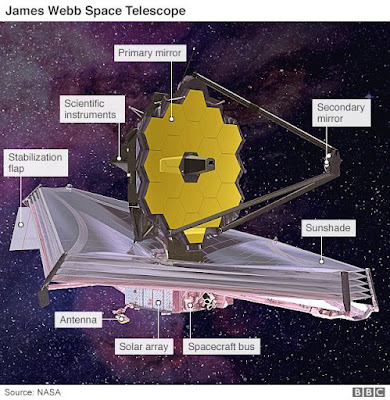 Overall, the James Webb Space Telescope is a highly anticipated scientific instrument that will greatly enhance our understanding of the universe. The telescope will allow us to study the early universe, the formation of stars and planets, and the search for life beyond Earth. With its powerful capabilities, it is certain to yield many exciting discoveries and insights in the years to come. 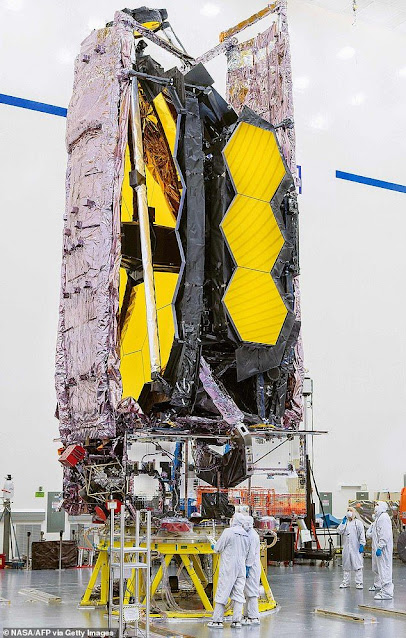